The Roots To Resistance Women fared incredibly well on their first Road trip together, landing in Brattleboro’s Gallery In The Woods! The project was invited to the Vermont Gallery over the holiday season as an offering to their Community and a gift to the project. The project itself was still trying to create a path forward that would see us raising funds that could be put directly into the hands of the Roots Women. We had imagined finding a permanent home for the project, a larger institution or Community Organization that could garner more funds and attention for these amazing Activists. That process of searching still continues, but Gallery In The Woods showed us what a partnership between Roots To Resistance and a local exhibit space could do!

We have decided that in the foreseeable future, we will use all upcoming exhibits as Fundraisers with at least 50% of what is raised going to each one of the Roots Women and their Communities and Organizations. At Gallery In The Woods we were given 4 months and we did two separate Fundraising shows! The first was for the complicated legacy of Aung San Suu Kyi and we chose to raise funds now and in the future for an Organization called BRAC which gives aid in Bangladesh to Rohingya refugees forced to flee violence in Myanmar. The second exhibition was in the name of the slain Honduran Activist and Heroine Berta Cáceres, with funds to be passed on through her daughter Bertita to their organization COPINH. Both Fundraisers were profoundly successful due to money raised in kind donations and from the sales of our Roots calendars. We are so thrilled to be able to send out over $1200 in support to these profoundly important aims and our Gratitude goes out to Gallery In The Woods and to all who supported the show in Brattleboro! 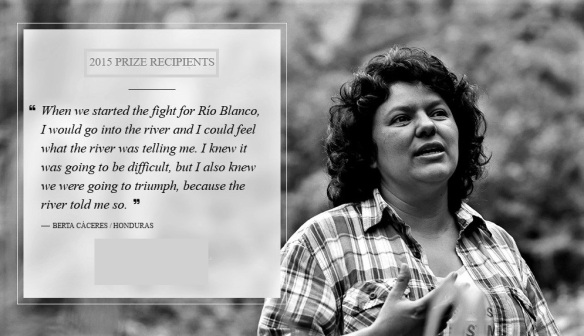 The Vermont exhibit not only helped us to raise important funds, but helped us to imagine a way to carry the project forward as we search for a permanent home for the Roots Portraits! All these many years of creating the Women’s portraits, postcards and street posters have seen me restlessly awaiting the day that significant funds are raised from this project that can be put directly into the hands of the Women or their Community Organizations. I had always imagined that this would happen due to an auctioning of the Portraits but in the end I could not bear to split the twelve Women up because I feel that their strength is in the connection of all twelve. So the portraits for now will stay together and raise modest funds through a traveling New England exhibition and the kindness and coming together of these wonderful Communities.

Next week we will be bringing the project back home and exhibiting it at Northampton’s Anchor House Of Artists with an official opening on Friday March 9th. This show will be raising funds for  Roots Activist and beloved Friend Malalai Joya. Malalai is an Afghan Peace and Women’s Rights Activist doing critically important, brave and selfless work in the Communities of Afghanistan. She  continues to face profound challenges and is in great need of our support and solidarity. Please visit our exhibit at Anchor House Of Artists in the coming months to support the aims of the amazing Malalai Joya and infuse yourself with the earthshaking strength and spirits of the Roots twelve!

If you live outside of our lovely New England area but would like to be a part of supporting the work of Malalai Joya in this upcoming exhibit please visit the link below! We are offering a Postcard Fundraiser in $10 increments of support and 100% of funds raised from these Postcards will be put in the hands of Malalai Joya in support of her work in Afghanistan.

If you are interested in hosting an exhibition of these twelve earthshaking Superheroines contact us at invisible_earth@yahoo.com

Two weeks ago we were profoundly honored with a visit from Roots Activist Malalai Joya. For those who do not know her, Malalai is one of the most important Peace and Justice Activists working in Afghanistan today. She tirelessly resists the War and Occupation, attacks on Women’s Rights, violence, corruption and warlords who have been handed authority over townships and Communities in Afghanistan.  As many know she has survived 7 assassination attempts not to mention a constant wave of aggression coming from those that she stands against. It would be easy to caricature her as fierce and fearless, a mythical Super heroine, after all , she is called the bravest Women in Afghanistan. That she is. However,  Malalai Joya like so many Activists is more than just her Activism,  she is a Mother, a member of her Family and Community, and a citizen of Afghanistan. She worries, faces many fears and feels the weight of a path that is chosen but very difficult. I feel very lucky and honored to call her a friend. She is profoundly kind, gracious, loving, likes to be silly, and yes she is fierce, strong, and profoundly effective at moving mountains. We spend a lot of time checking in about the challenges when I see her but also we laugh a lot. She amazes me. I feel exhausted from doing 5 events in a couple weeks while she speaks in a different state every night for months at a time. When she is at home she must stay in a different safe house every night because of the danger to her and to her Family. Can you imagine her concern for them? For her son?

When she was here Malalai Joya and I had some time to talk about and work on the details of an additional Postcard campaign that will support her aims. We currently send Postcards that we created with Malalai demanding an end to the war and occupation in Afghanistan, around the World. The Postcards are pre-addressed to President Obama and the White House and a stream of them are sent each month from many corners of the Globe. Malalai and I are now creating an additional Postcard and Street Postering campaign to raise funds for a film she is working on called, A Woman Among Warlords. The film is a very important one, as it will be informing a World Community about the real truths and realities of the past and present Afghanistan through interviews and conversations with Malalai and with spoken experiences of the People, Families and Communities inside of Afghanistan. The film is important for many reasons but the ones Malalai sites have to do with bringing attention to Afghanistans forgotten People and bringing their true realities, their truths, to all.

The new Postcards bringing support for this Film, will be available this week so please be in touch if you would like to disperse some.

To learn more about how to support Malalai Joya please visit the site of her Defense Committee: http://www.malalaijoya.com/dcmj/

A great article written about the event by local media Organization Orangeink: http://orangeinkeducation.wordpress.com/2013/10/13/the-first-demand-of-my-people-is-justice-malalai-joya-comes-to-food-for-thought-books/

Click here To learn more about the Roots To Resistance Project 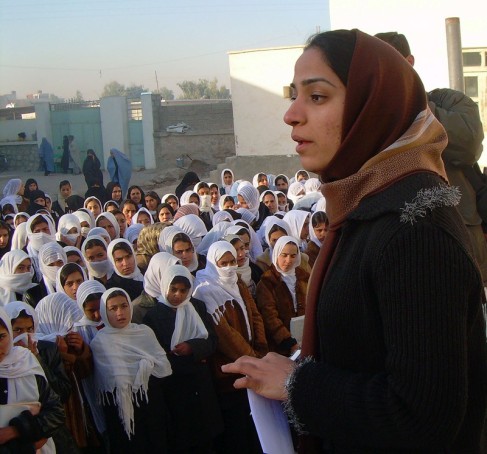